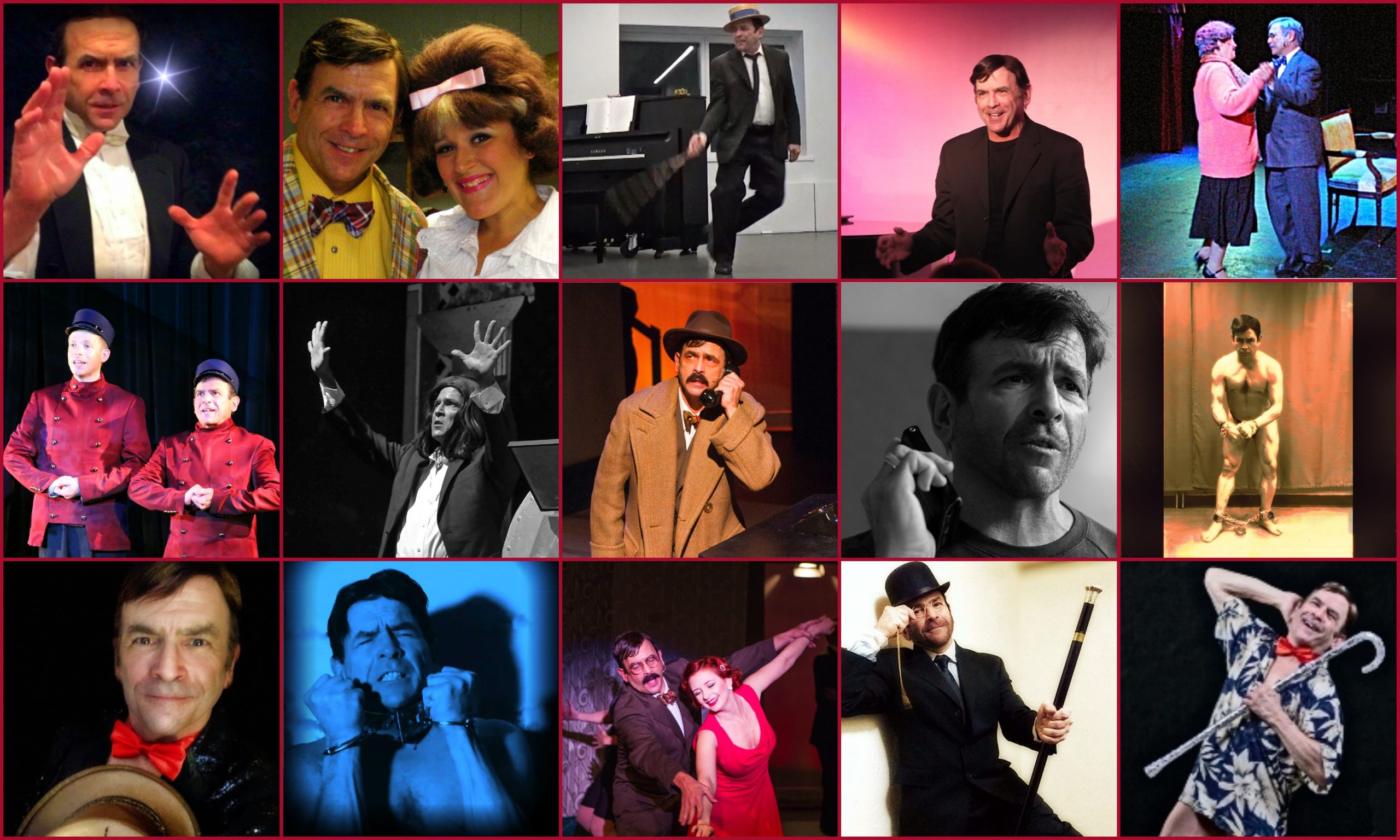 Tom Frueh is an actor and writer...

who performs regularly in New York and regional musicals, including his own one-man musicals for which he has written book, music and lyrics. His musical HOUDINI was an Official Selection of the 2019 United Solo Theatre Festival, the world’s largest festival devoted to solo theatre, and was performed on New York City’s Theater Row. After its debut, it was then chosen as a Critic’s Choice selection and earned 4.5 out of 5 stars by All About Solo. Tom’s acclaimed musical PARTNERS had its world premiere at the Festival in 2017. He is also the author of numerous plays which have been produced in New York and has recently appeared in the award-winning films ABRA CADAVER and YORT, directed by the world-renowned director and photographer, Duane Michals. Tom is a singer-dancer and 30+ year veteran performer in musicals. Some of his other recent appearances include the musicals ON THE TWENTIETH CENTURY, CITY OF ANGELS, HAIRSPRAY, GRAND HOTEL, THE DROWSY CHAPERONE, CABARET and KISS ME KATE, as well as numerous concert and cabaret performances.

His early performing career in musicals spanned an extensive range of classics, from THE MUSIC MAN and FIDDLER ON THE ROOF to A CHORUS LINE and GEORGE M!

Tom trained as an actor at the University of Dayton and with numerous teachers in New York City. He trained as a dancer at Point Park University in Pittsburgh, and at Joffrey Ballet School in Manhattan. He also studied singing in New York with the renowned teacher and coach Thomas Shepard.

While pursuing a professional acting career after college, he also wrote his first play, and with the support and encouragement of two prominent literary managers (at Pittsburgh Public Theater and the Vivian Beaumont Theater at Lincoln Center in New York), he began to pursue writing as a career. Eventually, he decided to make both acting and writing his full-time profession. Tom is a member of Actors’ Equity Association and the Dramatists Guild of America.

In October of 2022, Tom’s new musical DAYS OF THIRST AND BEAUTY was performed in New York City at Don’t Tell Mama’s Brick Room.  In December of 2022, his new musical AFTER THE SHOW WITH THE MAN WHO OWNED BROADWAY had its first preview performance at the Dramatists Guild in New York.

In 2021, he appeared in the short film MR. MIRROR MAN’S ROMANCE in which he plays The Violinist. The film was produced and directed by Duane Michals. In 2022, Tom appeared in I LOVE YOU 3 as well as the musical film CAFE VOLTAIRE, also directed by Michals.

Tom’s two newest stage musicals, HAVEN WAITS FOR EVERLY and AFTER THE SHOW WITH THE MAN WHO OWNED BROADWAY will have their official New York premieres in 2023.